I love being an LA harpist, and I count it an honor to have played the harp for Lisette’s and Eddie’s wedding at the Angeles National Golf Club.

Regaled in military fashion with a Marine sword salute, both were honored for Eddie’s service in this beautiful ceremony setting.

Nestled against the foothills north of Pasadena, this LA wedding venue is a beautiful spot for a ceremony and reception! Well appointed with a Santa Barbara Mission-esque architectural style, Angeles Golf Club makes for a perfect wedding experience. Add an LA harpist, and you’re ready to go!

Lisette and Eddie hired me to play the harp for their ceremony and cocktail hour. I played a number of Latin influenced songs with background tracks specifically composed and recorded for me. This livened up the cocktail hour experience considerably. I played selections from many of the classic jazz standards (such as Besame Mucho, Sway, Classical Gas, etc), and may I share how much I love playing these classics with a Latin influenced rhythm base? There was much laughter and conversation that ensued. The right musician can make for such a fun atmosphere, and I get very serious about having fun;-) In fact, the harp is not only an elegant instrument, it’s an incredibly fun instrument too. Like I said, I love being an LA harpist! What a gas! 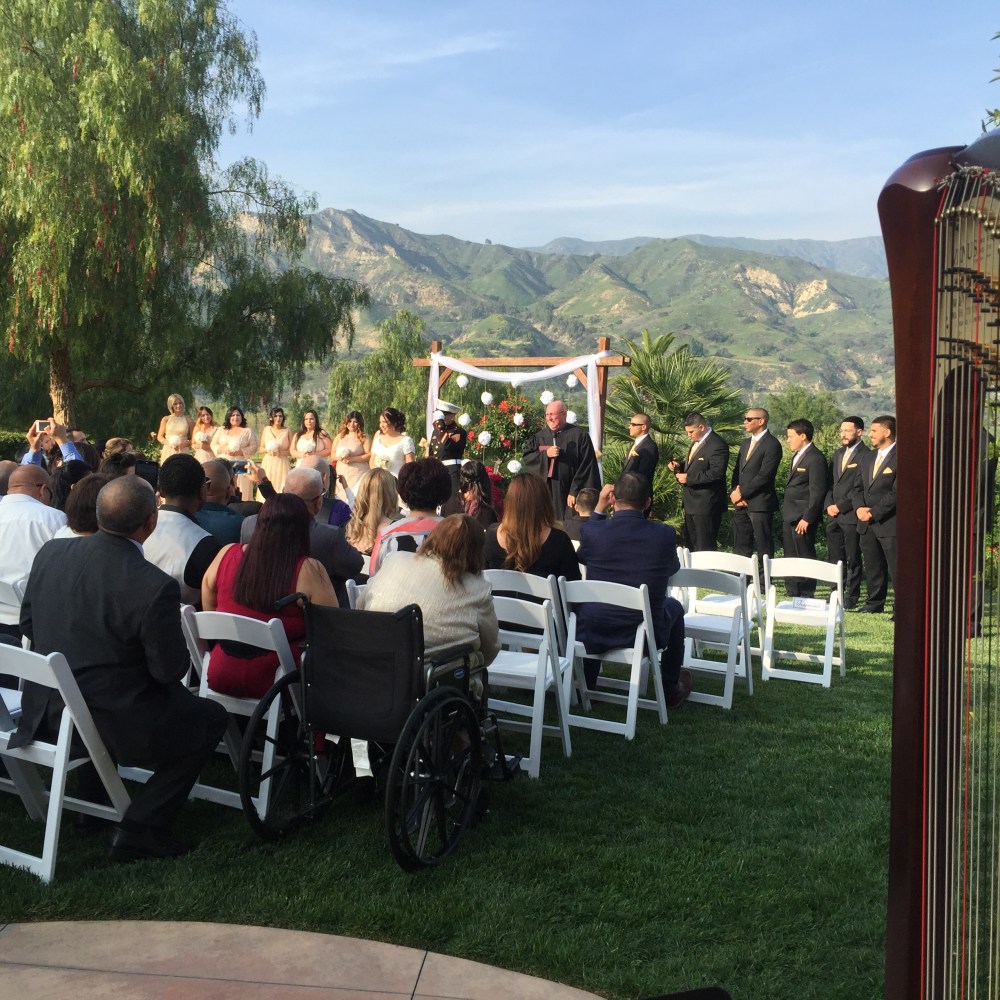