Nothing says, “beach wedding” like a wedding on the beach in Santa Barbara! This place has many wonderful memories for me as a Santa Barbara harpist. It was here where I first studied under the late, famed harpist, Suzanne Balderston. It was here where I began exploring new styles of harp music at the Music Academy of the West for two seasons. Impressionists such as Debussy, Ravel and Salzedo wooed me into a world of discovery and fascination. It was here where I was introduced to a veritable cornucopia of works from composer, Marcel Grandjany, written specifically for the beloved stringed instrument.

It was also here where I met my husband! So, when the opportunity affords me to play harp at the beach, I not only get to play in one of my favorite places, I also get to rekindle those memories from the summer of 1989, when we first met.

Always temperate in climate, Santa Barbara is truly the crown jewel of the California coast. The missionary architecture is seen in plenty, and there is plenty to do and see around the city.

Here, you’ll see my beach harp, which doesn’t have the mechanics found in a pedal harp. The levers above allow me to change keys as necessary, and I don’t have to worry about sand getting in the wrong places. 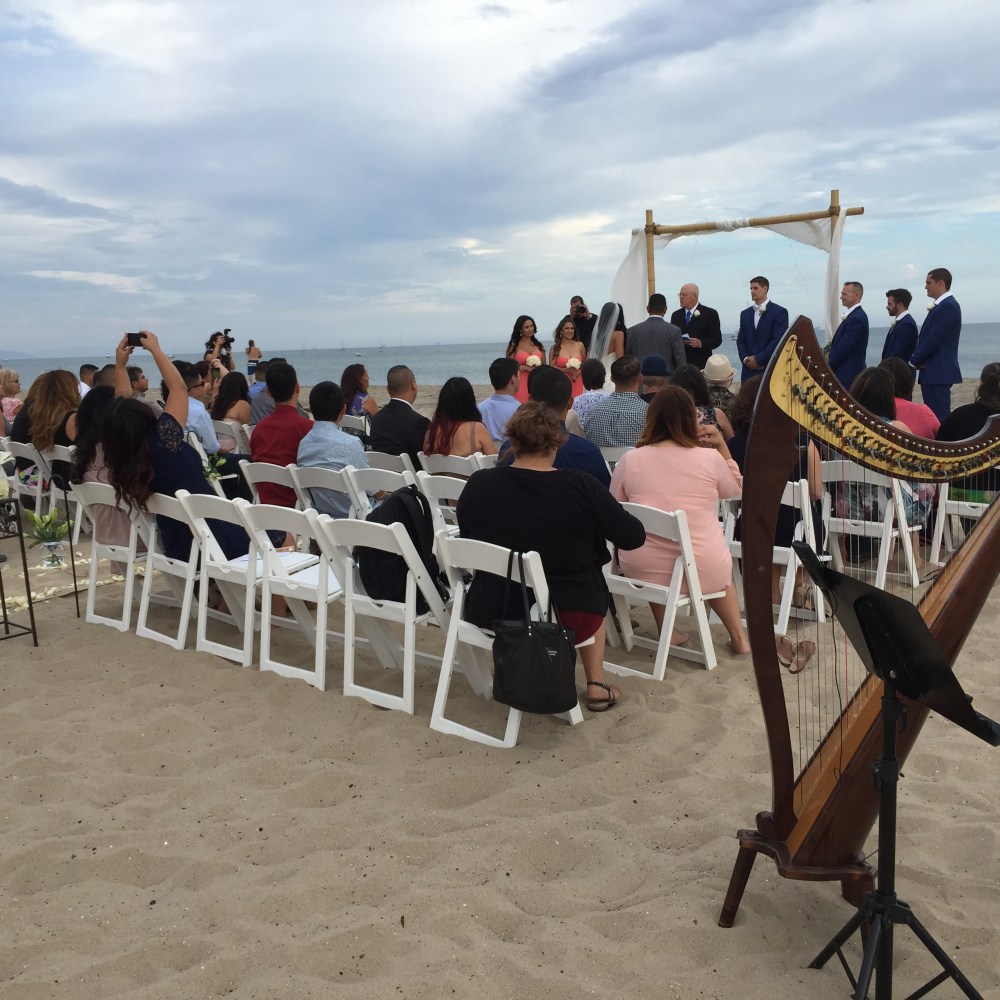 Bride’s Entrance: Over the Rainbow

Recessional: Kiss the Girl and A Whole New World 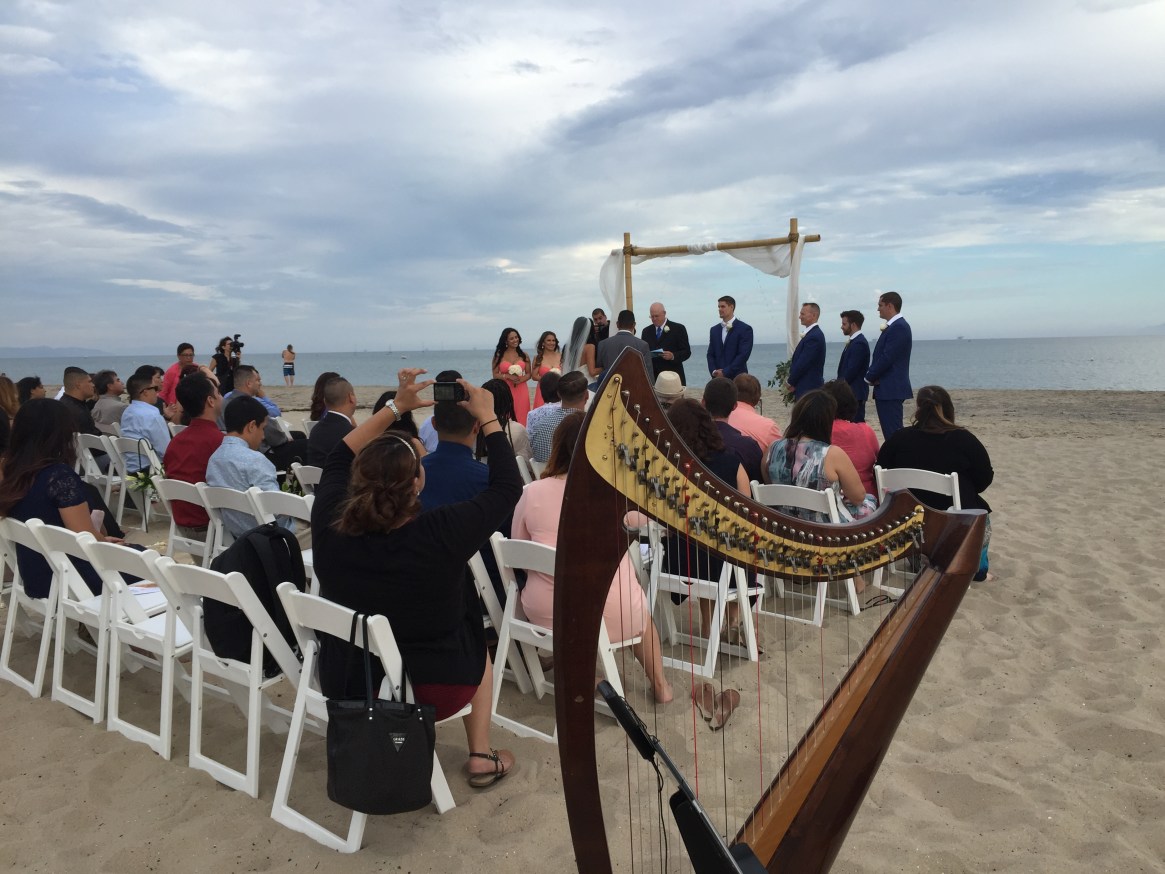 Santa Barbara Harpist on the Beach

I hired VeeRonna back in September for my ceremony on the beach. She played beautifully and my husband, my guests and I were impressed with how beautiful the music sounded. She made my ceremony very special! I appreciate her lever of professionalism from start to finish! I highly reccommend her and with I could give a higher rating!! Thank you so much for making my wedding very special! Best Regards, One HAPPY bride!!